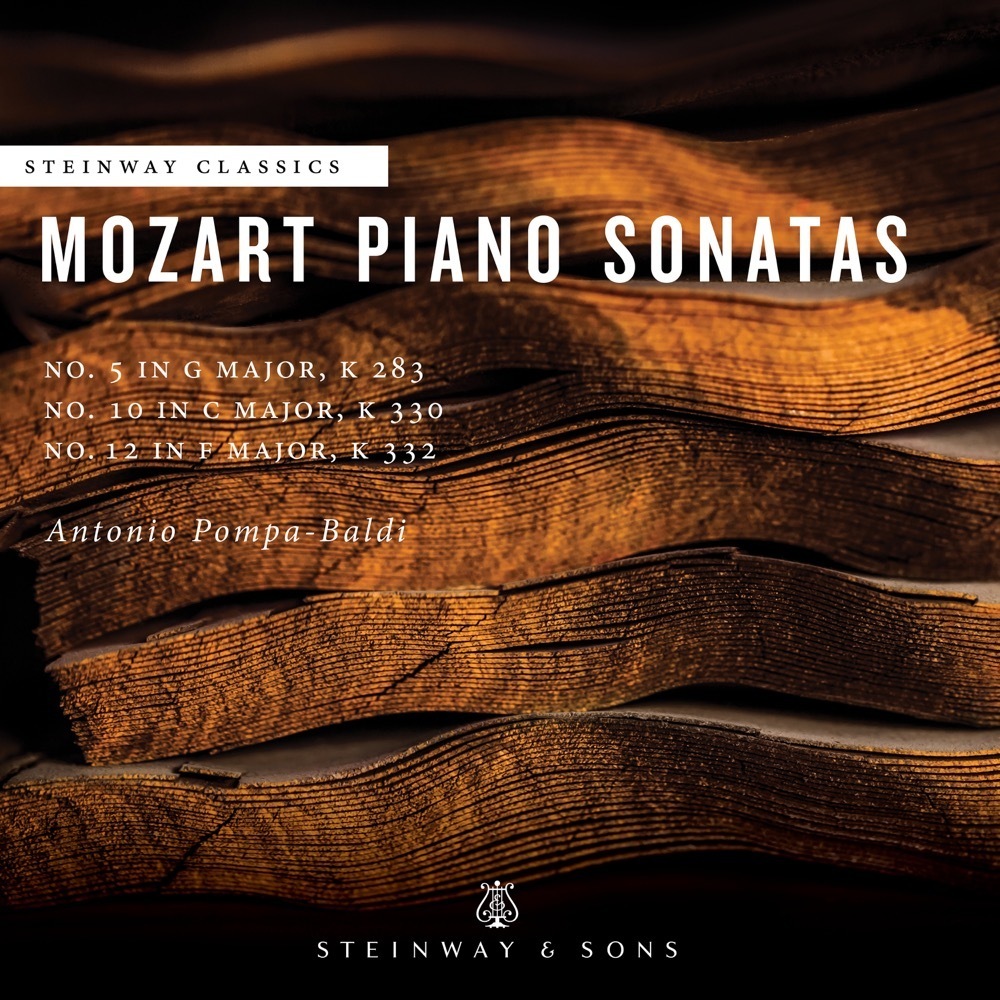 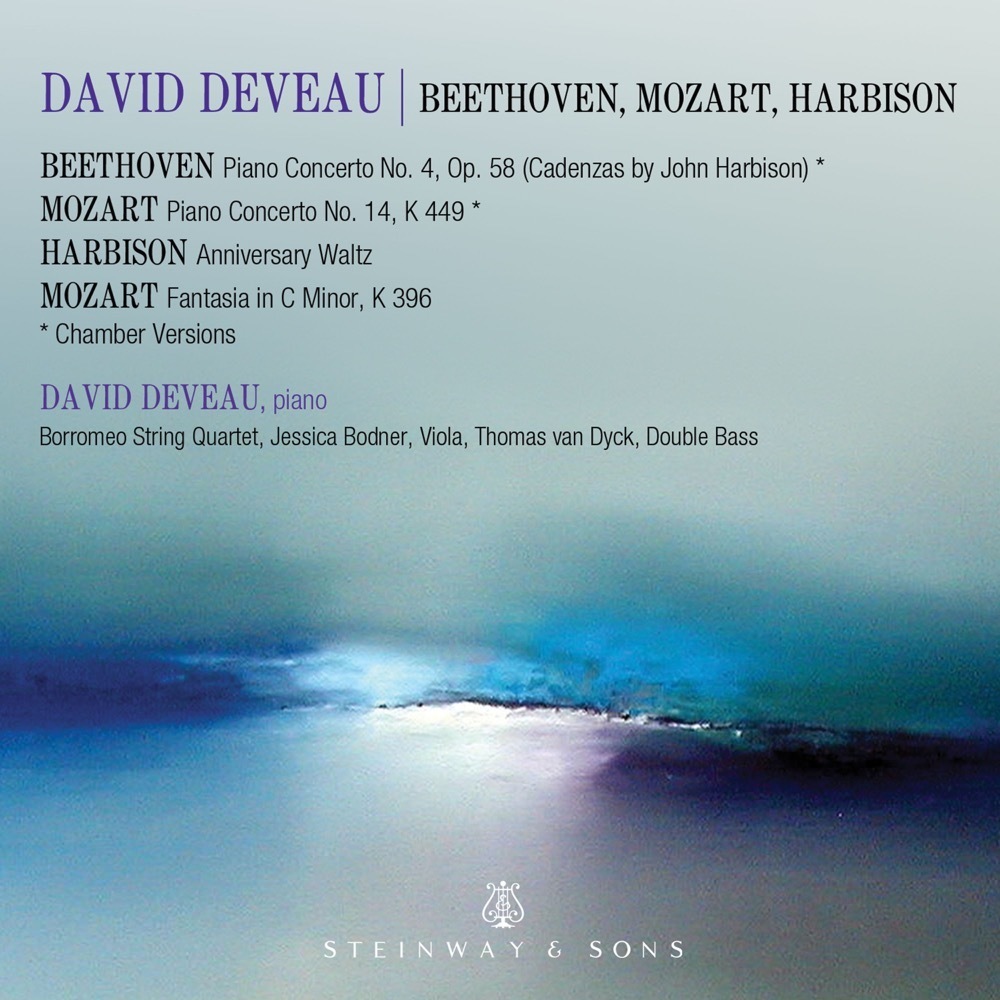 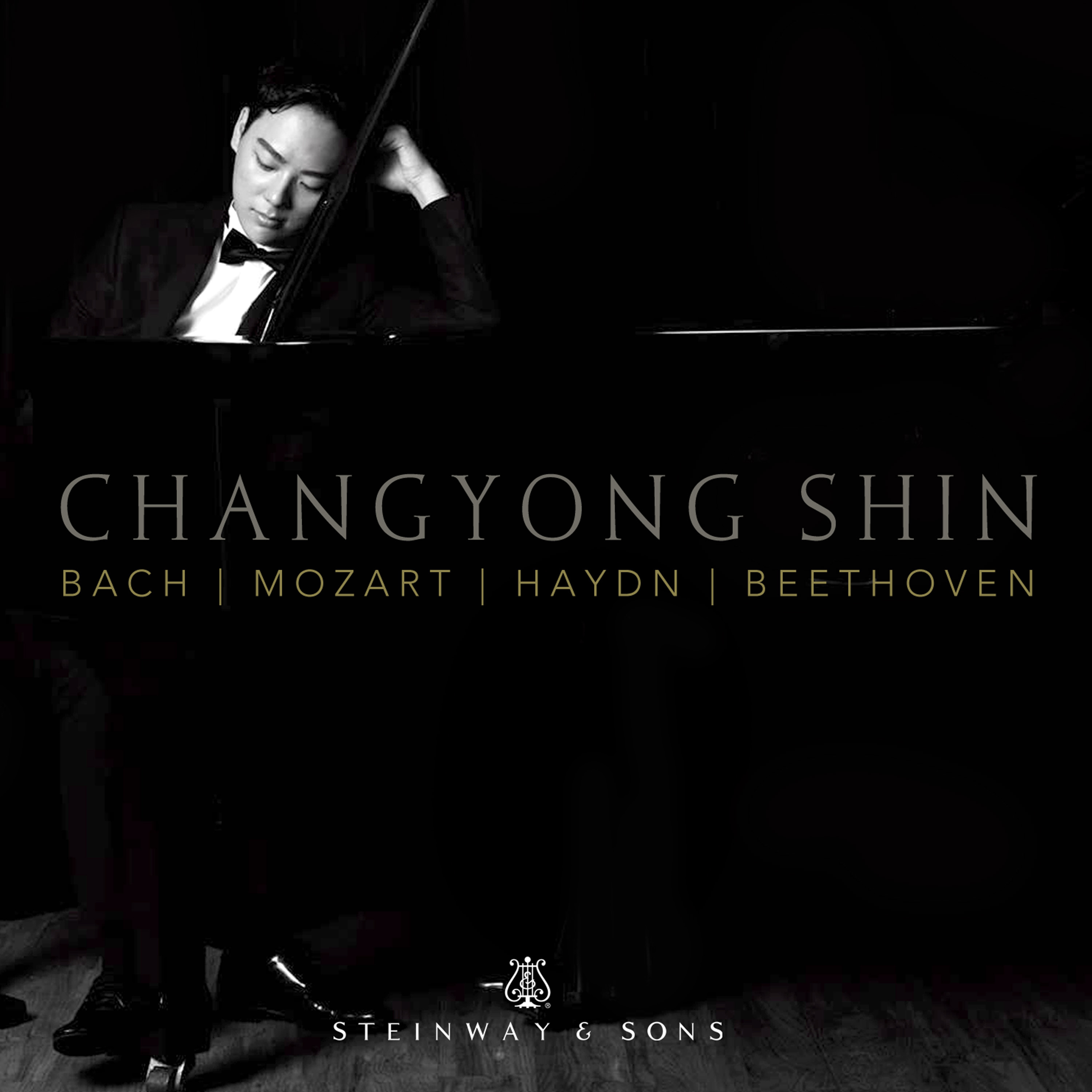 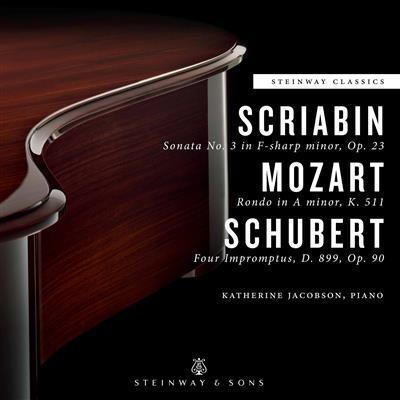 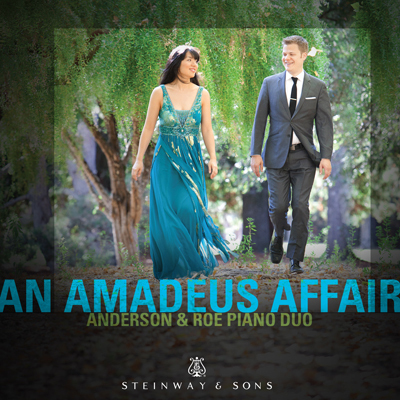 This second release by the Anderson & Roe piano duo on the Steinway label celebrates Mozart in a sonic whirl of intrigue, scandal, exhilaration, and mischief.

Wolfgang Amadeus Mozart was not only one of the greatest composers of the Classical period, but one of the greatest of all time. Surprisingly, he is not identified with radical formal or harmonic innovations, or with the profound kind of symbolism heard in some of Bach's works. Mozart's best music has a natural flow and irresistible charm, and can express humor, joy or sorrow with both conviction and mastery. His operas, especially his later efforts, are brilliant examples of high art, as are many of his piano concertos and later symphonies. Even his lesser compositions and juvenile works feature much attractive and often masterful music.
Mozart was the last of seven children, of whom five did not survive early childhood. By the age of three he was playing the clavichord, and at four he began writing short compositions. Young Wolfgang gave his first public performance at the age of five at Salzburg University, and in January, 1762, he performed on harpsichord for the Elector of Bavaria. There are many astonishing accounts of the young Mozart's precocity and genius. At the age of seven, for instance, he picked up a violin at a musical gathering and sight-read the second part of a work with complete accuracy, despite his never having had a violin lesson.
In the years 1763 - 1766, Mozart, along with his father Leopold, a composer and musician, and sister Nannerl, also a musically talented child, toured London, Paris, and other parts of Europe, giving many successful concerts and performing before royalty. The Mozart family returned to Salzburg in November 1766. The following year young Wolfgang composed his first opera, Apollo et Hyacinthus. Keyboard concertos and other major works were also coming from his pen now.
In 1769, Mozart was appointed Konzertmeister at the Salzburg Court by the Archbishop. Beginning that same year, the Mozarts made three tours of Italy, where the young composer studied Italian opera and produced two successful efforts, Mitridate and Lucio Silla. In 1773, Mozart was back in Austria, where he spent most of the next few years composing. He wrote all his violin concertos between 1774 and 1777, as well as Masses, symphonies, and chamber works.
In 1780, Mozart wrote his opera Idomeneo, which became a sensation in Munich. After a conflict with the Archbishop, Mozart left his Konzertmeister post and settled in Vienna. He received a number of commissions now and took on a well-paying but unimportant Court post. In 1782 Mozart married Constanze Weber and took her to Salzburg the following year to introduce her to his family. 1782 was also the year that saw his opera Die Entf³hrung aus dem Serail staged with great success.
In 1784, Mozart joined the Freemasons, apparently embracing the teachings of that group. He would later write music for certain Masonic lodges. In the early- and mid-1780s, Mozart composed many sonatas and quartets, and often appeared as soloist in the fifteen piano concertos he wrote during this period. Many of his commissions were for operas now, and Mozart met them with a string of masterpieces. Le nozze di Figaro came 1786, Don Giovanni in 1787, Cosņ fan tutte in 1790 and Die Zauberfl÷te in 1791. Mozart made a number of trips in his last years, and while his health had been fragile in previous times, he displayed no serious condition or illness until he developed a fever of unknown origin near the end of 1791.